I. Depth of Field

3Depth of field describes the fact that in photography only a certain part of the image regularly appears sharp, whereas the rest blurs into the so-called bokeh. Our eye, too, perceives only a certain part sharply, namely the area on which we focus; the rest we cannot perceive in detail. The effect associated with depth of field is used artistically to blank out irrelevant – or even unsightly – areas of the image in an appealing way, or to direct the viewer's focus to a specific area. In portrait photography, for example, the background is often not relevant. In the following example we do not want to depict the background, but the face: 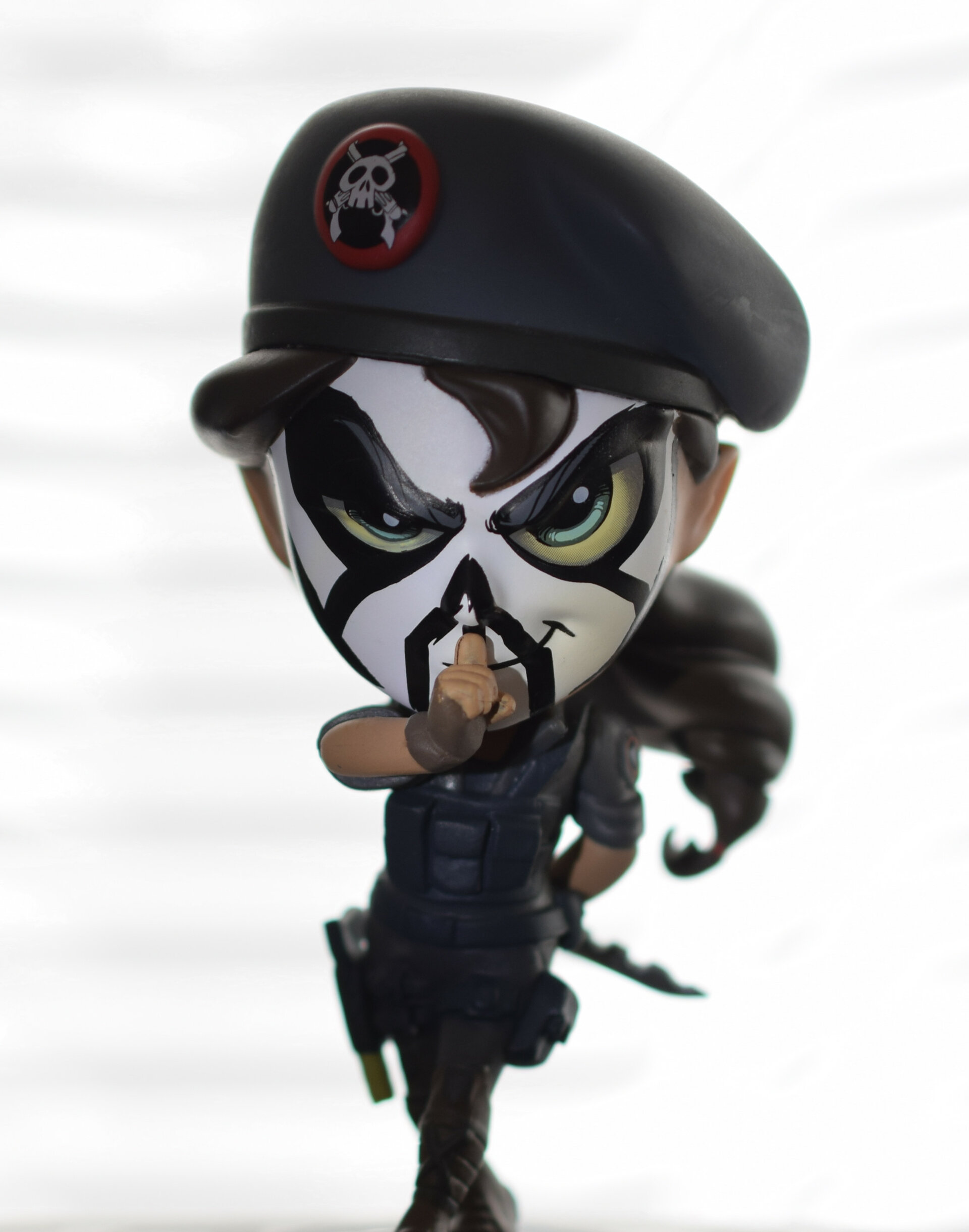 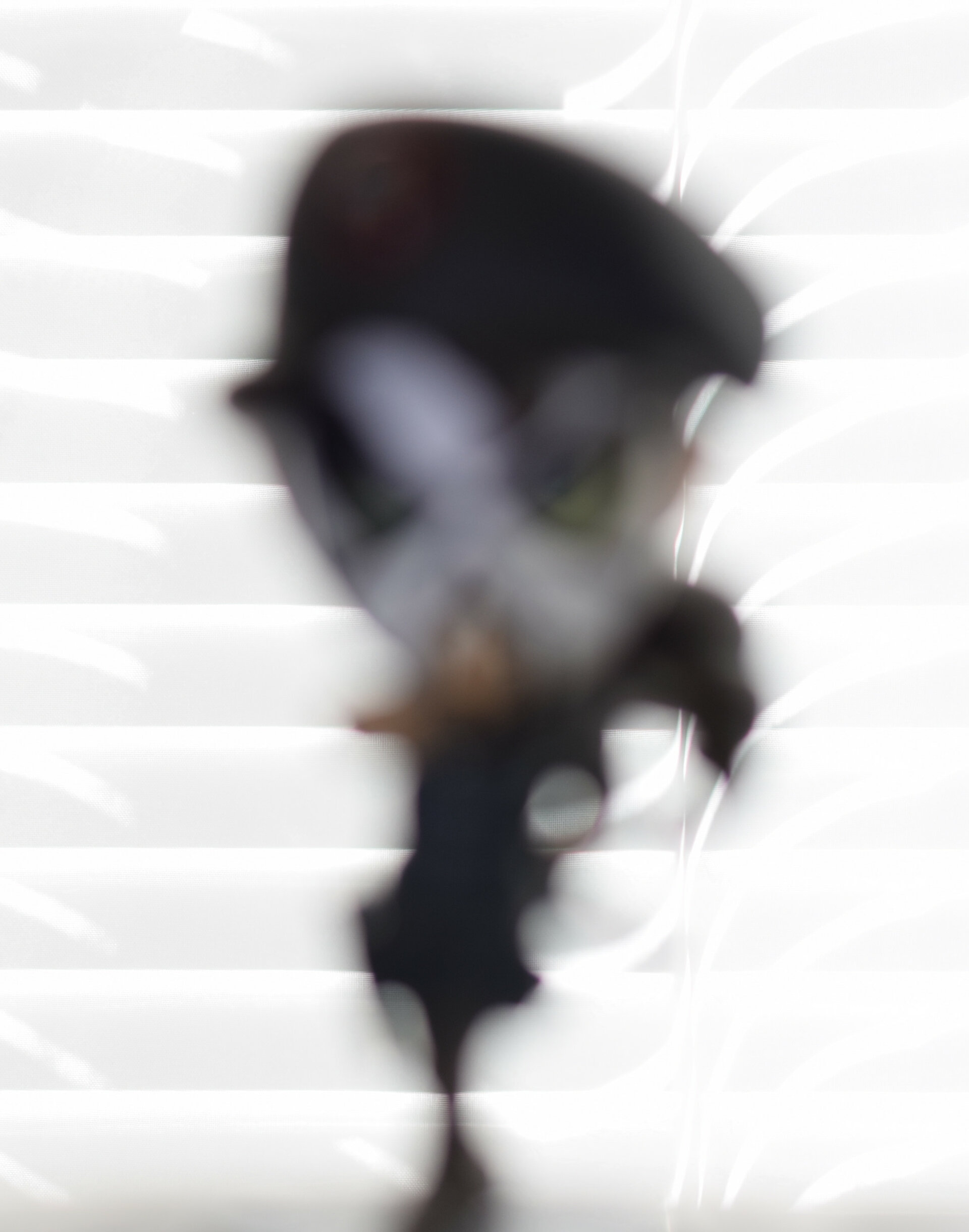 4However, when we take close-ups, the fact that as the distance between the object and the camera decreases, an increasingly large area of the image appears blurred, becomes a problem. This is because we don't want to move the object away from the camera, but rather take a close-up as high resolution as possible. The following picture shows how pronounced the problem can be if the object is only a few centimeters away from the camera and the aperture is wide open: Almost nothing is really in focus: 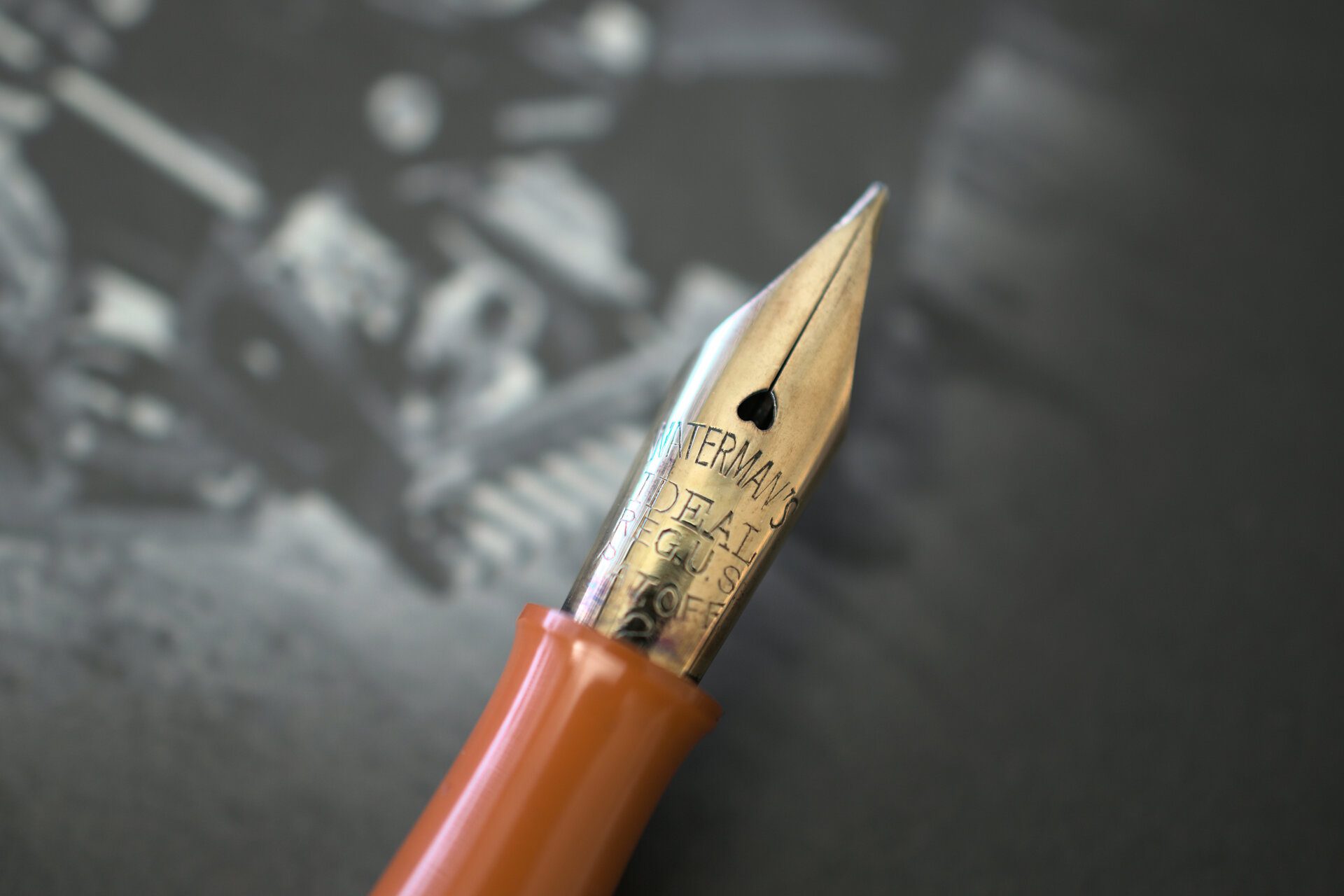 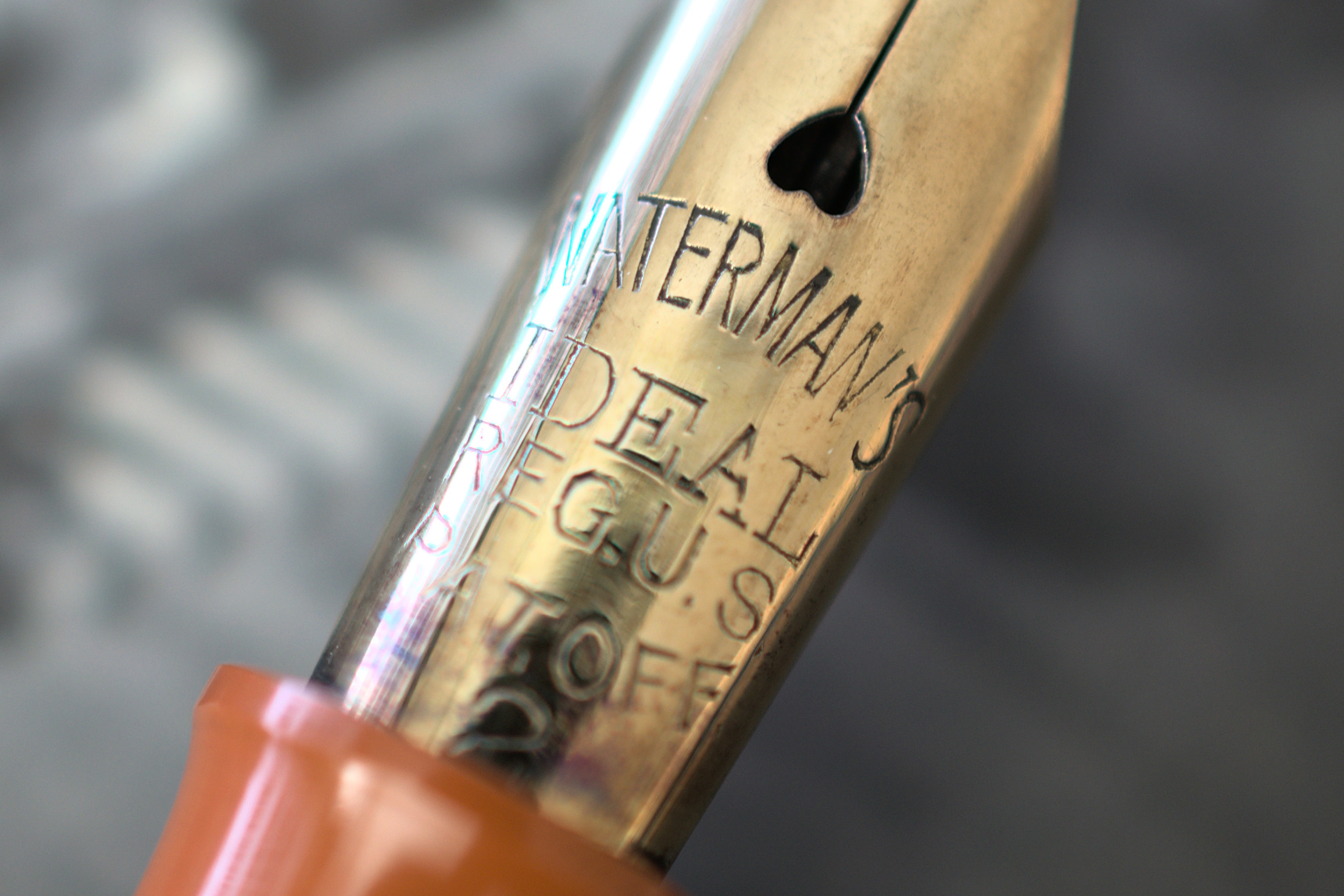 5How limited the depth of field is, in a close-up with open aperture, is also shown in the following video, which I composed from 58 individual photos with different focus points:

6The easiest way to reduce this effect is to increase the distance between the camera and the object. A better option, because we want to take close-ups, is to reduce the aperture, but this will require a drastic increase in exposure time. We are talking about several seconds; at least as long as you do not use strong artificial light. With still subjects, however, this is not a problem at all and we can also leave the ISO value at 100 without any problems. The smaller aperture produces a more even image overall; the annoying blur effect is largely eliminated. However, the fact that less light enters the lens reduces the quality. Nonethe­less this is completely negligible up to a certain point. In any case, this method is not a malpractice, because the alternative is a sometimes extensive post-processing, which does not necessarily have to be accompanied by a better result. Moreover, it is not only important to achieve the highest possible sharpness. The fountain pen collector named Zollinger, for example, takes this approach and photographs with an aperture of up to f/22:

Of course, depth of field (or the lack thereof) is always a problem in macro photography. Therefore I avoid perspective shots for pure documentation. The filler is aligned parallel to the image plane. Thus, there is sufficient depth of field at aperture 22.

7In this way, he has produced almost 1,500 extremely high-quality photos (as of October 2020), which is also due to the fact that he does not produce synthetic product photos, which nobody wants to see when it comes to old fountain pens, but rather realistic illustrations, so that one gets a very good idea of what such a piece looks like in reality. And by the way, he can draw well, too:

8Before we turn to Focus Stacking, I would like to demonstrate how great the advantage of a closed aperture really can be when it comes to close-up shots. The following pictures were taken with an ISO value of 100 and an exposure time of 1.6 seconds. First, a comparison of an overexposed photo with an aperture of f/3.3 and a normal exposed photo with f/5.6: 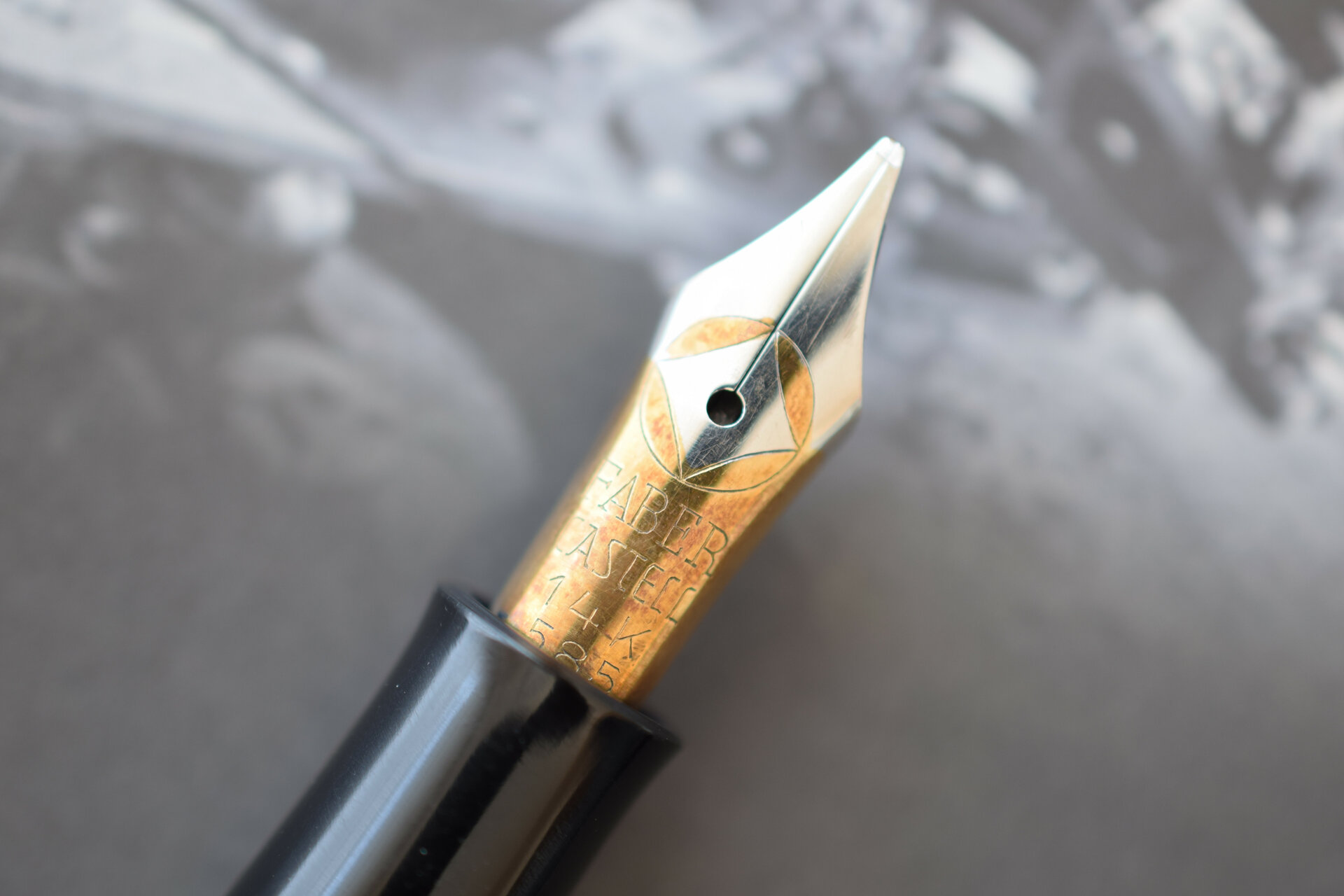 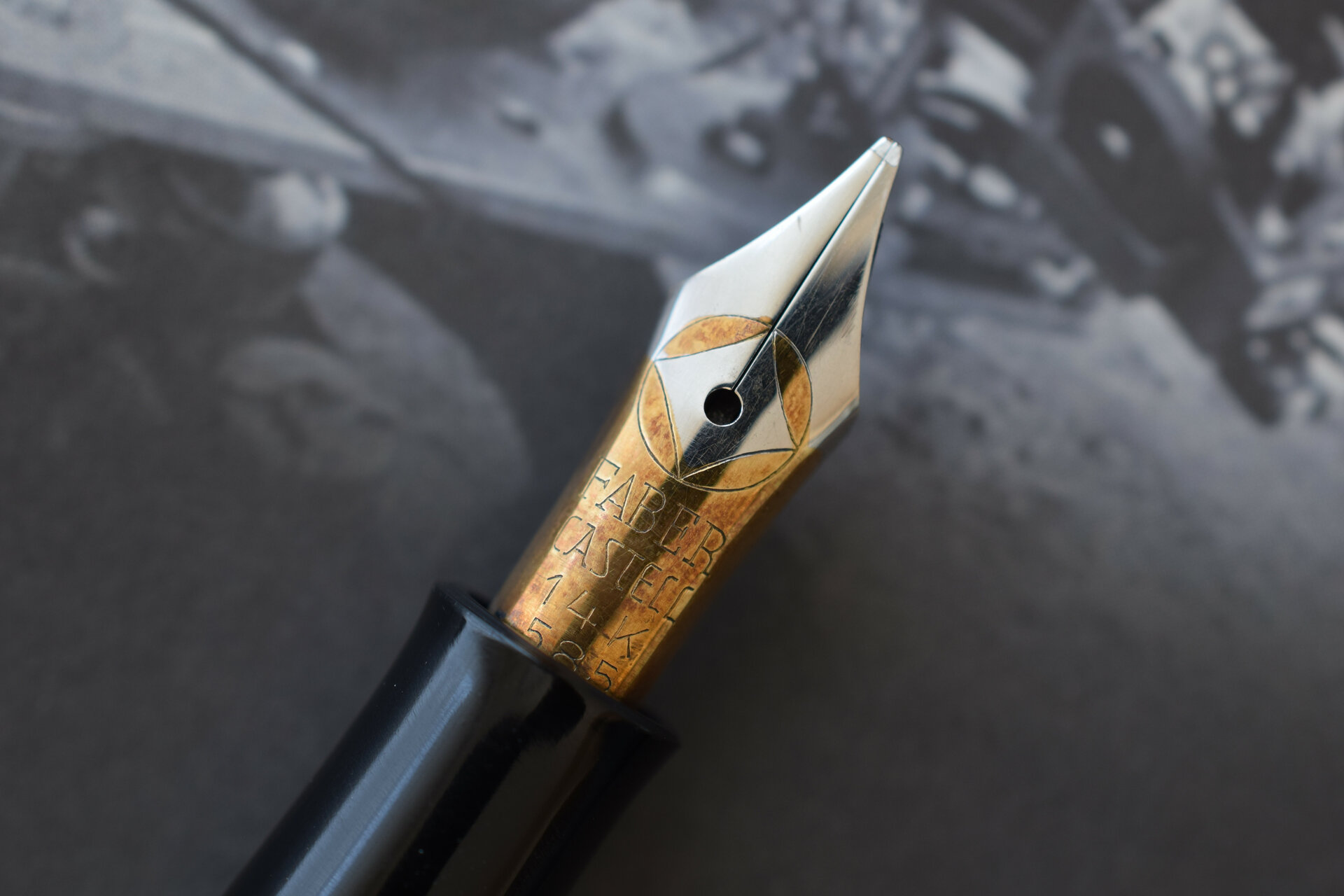 9Both photos (regardless of exposure) are not useful of course. However, you can see that already at an aperture of f/5.6 the sharp range has widened considerably.

10When we now set to f/11, a clear difference becomes visible once again. The photo is only underexposed. When we finally change to f/16 and increase the exposure time to 6 seconds – I didn't use any artificial light – we get a pretty useful result: 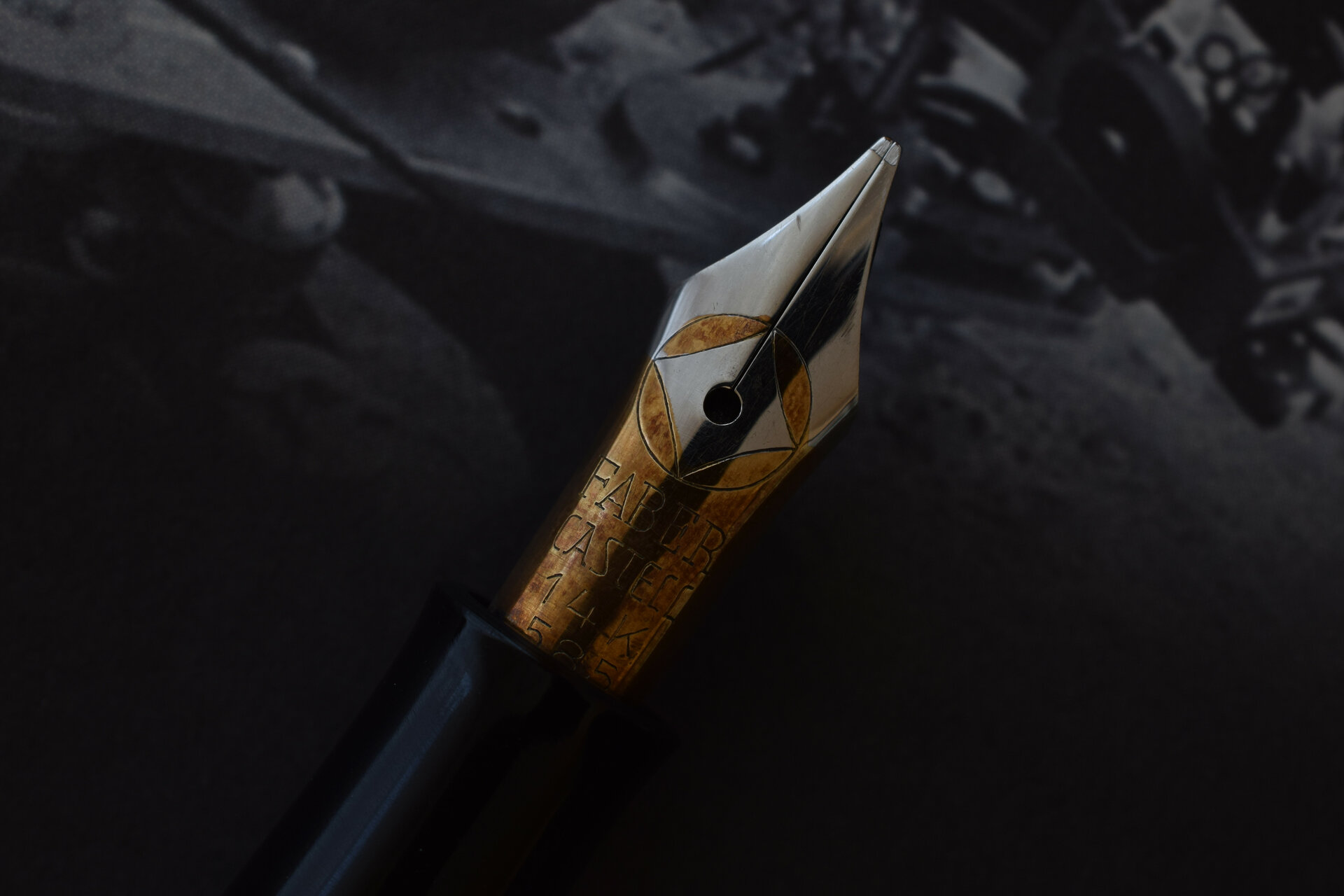 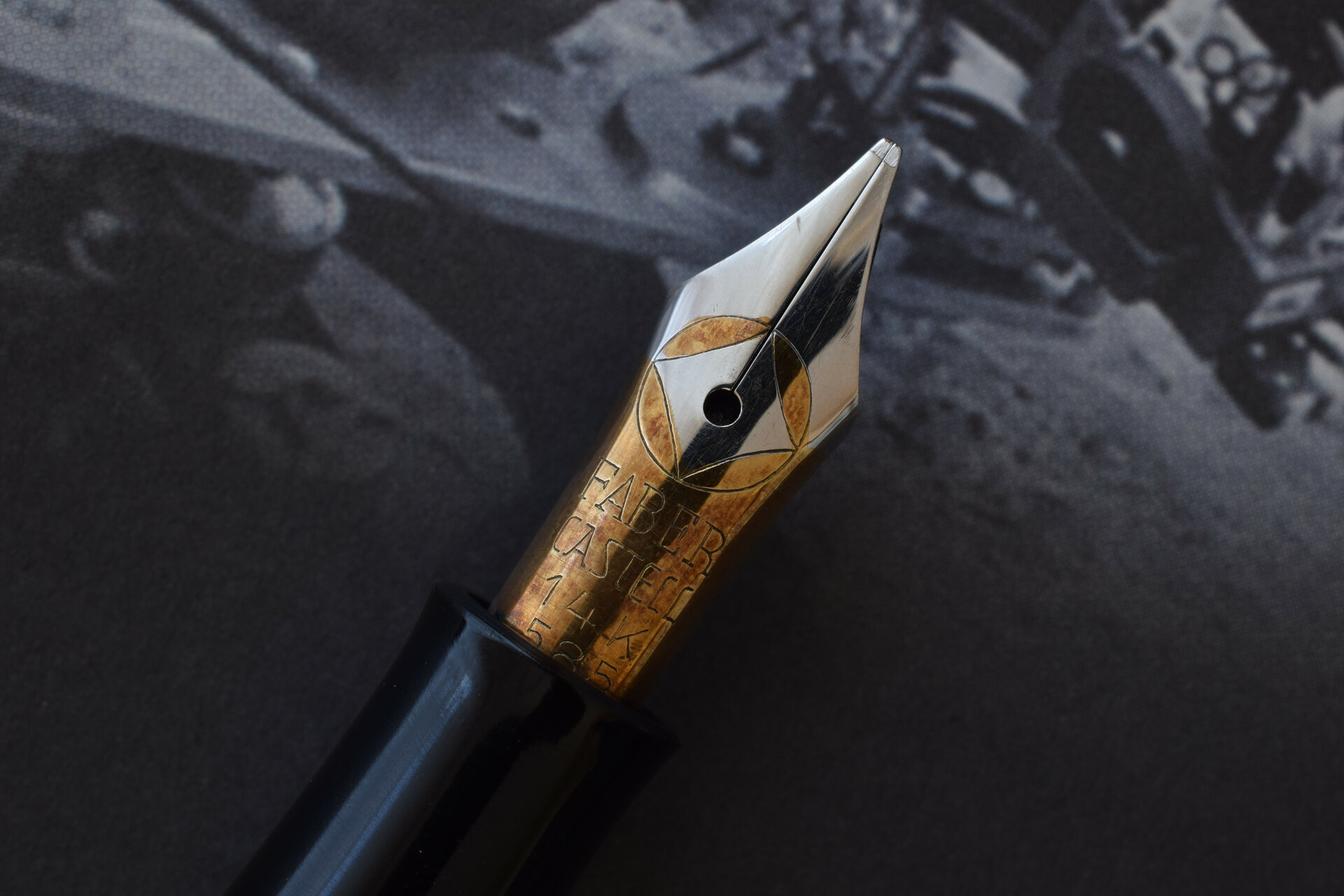 11At f/18 and f/20 I could not find any visible differences. If you push it to the extreme and set the aperture to f/29, the quality decreases. The image looks slightly blurred, it loses sharpness. Here an exposure time of no less than 30 seconds was necessary: Aperture f/29 ▪ 30 seconds 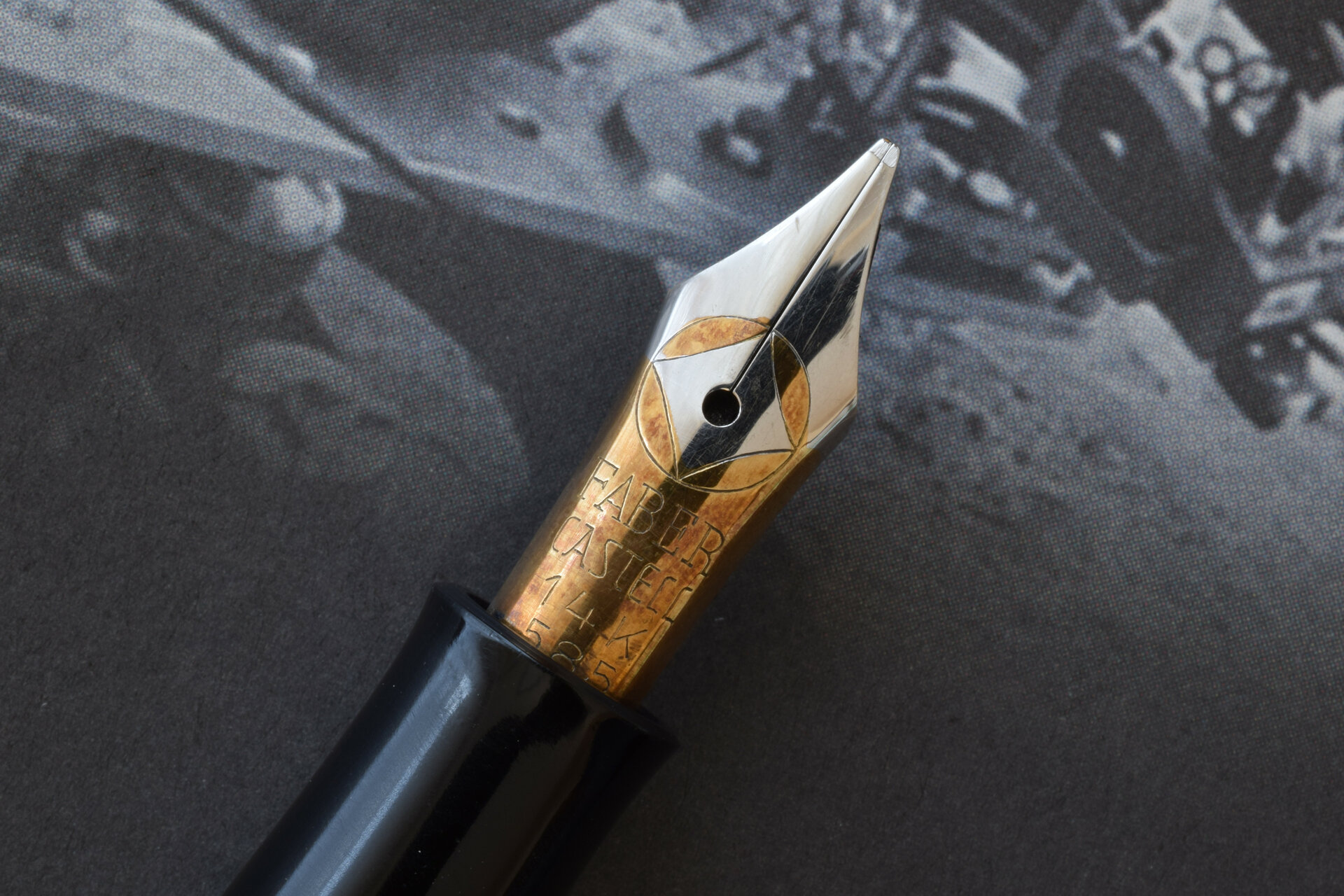 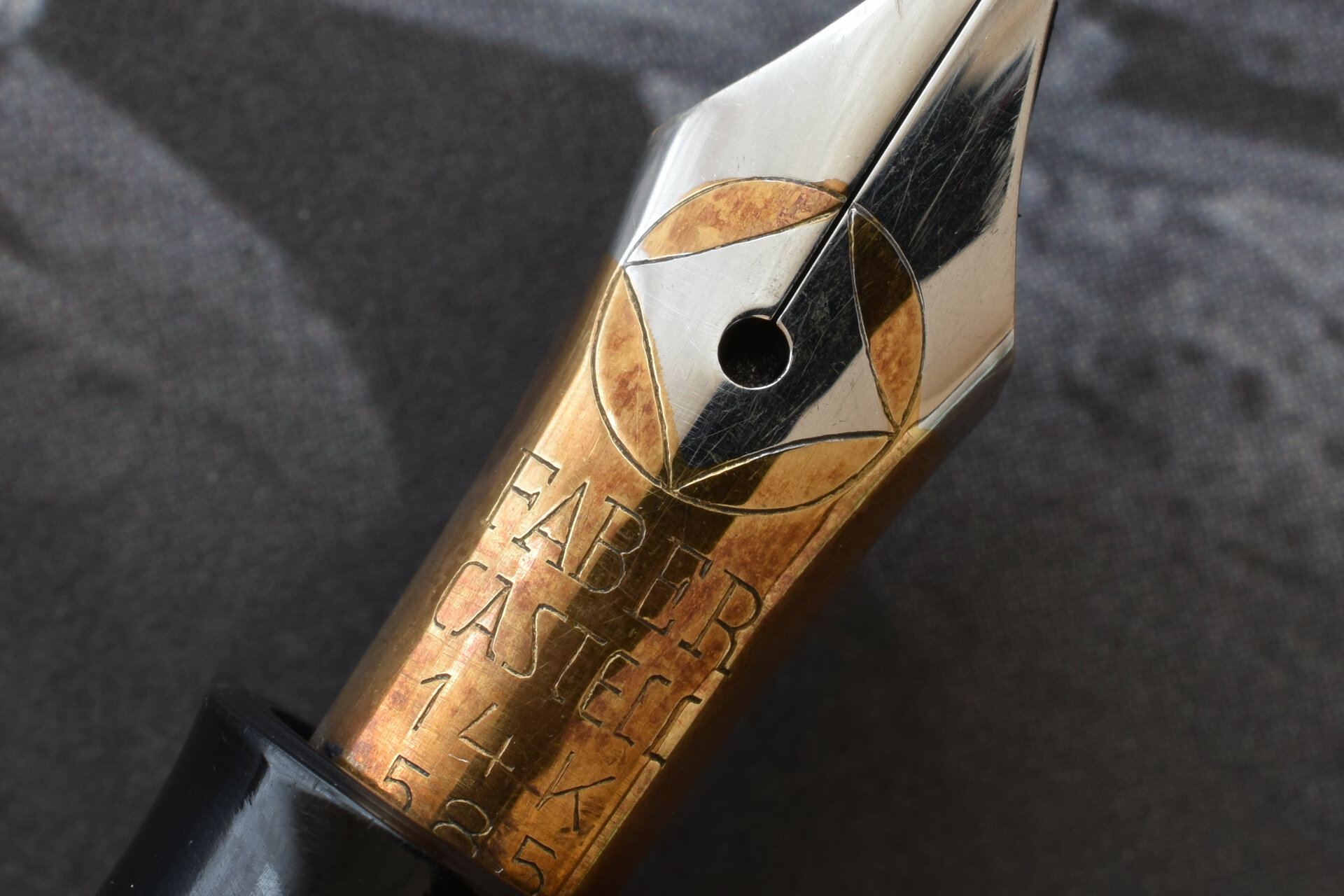 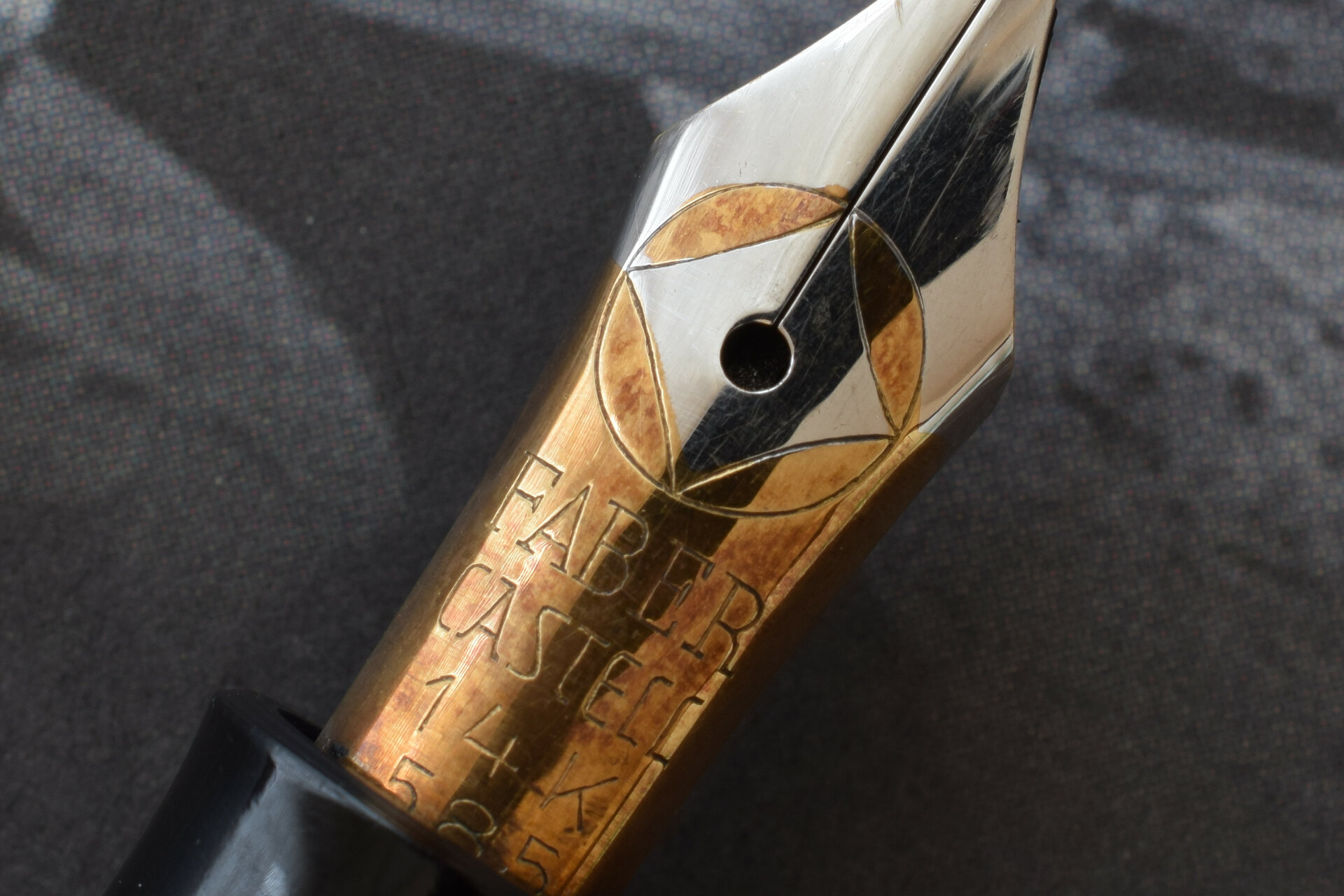 13 The two photos must now be placed exactly on top of each other. Because the nib on the right photo is slightly smaller due to the changed focus, the sizes must be adjusted accordingly. We do not have to do this by hand, because both tasks are done quite reliably by the freely available command line program align_image_stack (included in Hugin\bin). The result are TIF files which are used for the Focus Stacking afterwards.

14The following batch programs assume that the software package Hugin, after installation, is located in the directory C:\Program Files\Hugin and the tool TuFuse in C:\Tools\tufuse. For our image editings there is the general folder C:\ImgEditing and for the respective image editing there are the subfolders C:\ImgEditing\Nib.1 and C:\ImgEditing\Nib.1\jpg, whereby the JPG files must be in the folder jpg.

15The following code can be copied into a batch file, e.g. align.bat. The option -m is important because it optimizes the Field of View (FOV), i.e. it adjusts the different image sizes to each other:

16Once the alignment is completed by align_image_stack, we can merge the resulting TIF files with the tool TuFuse. This works with the following code, which can be copied to the batch file fuse.bat, for example:

17In the best case, the result looks like this – without any post-processing, especially without using any sharpening filter: 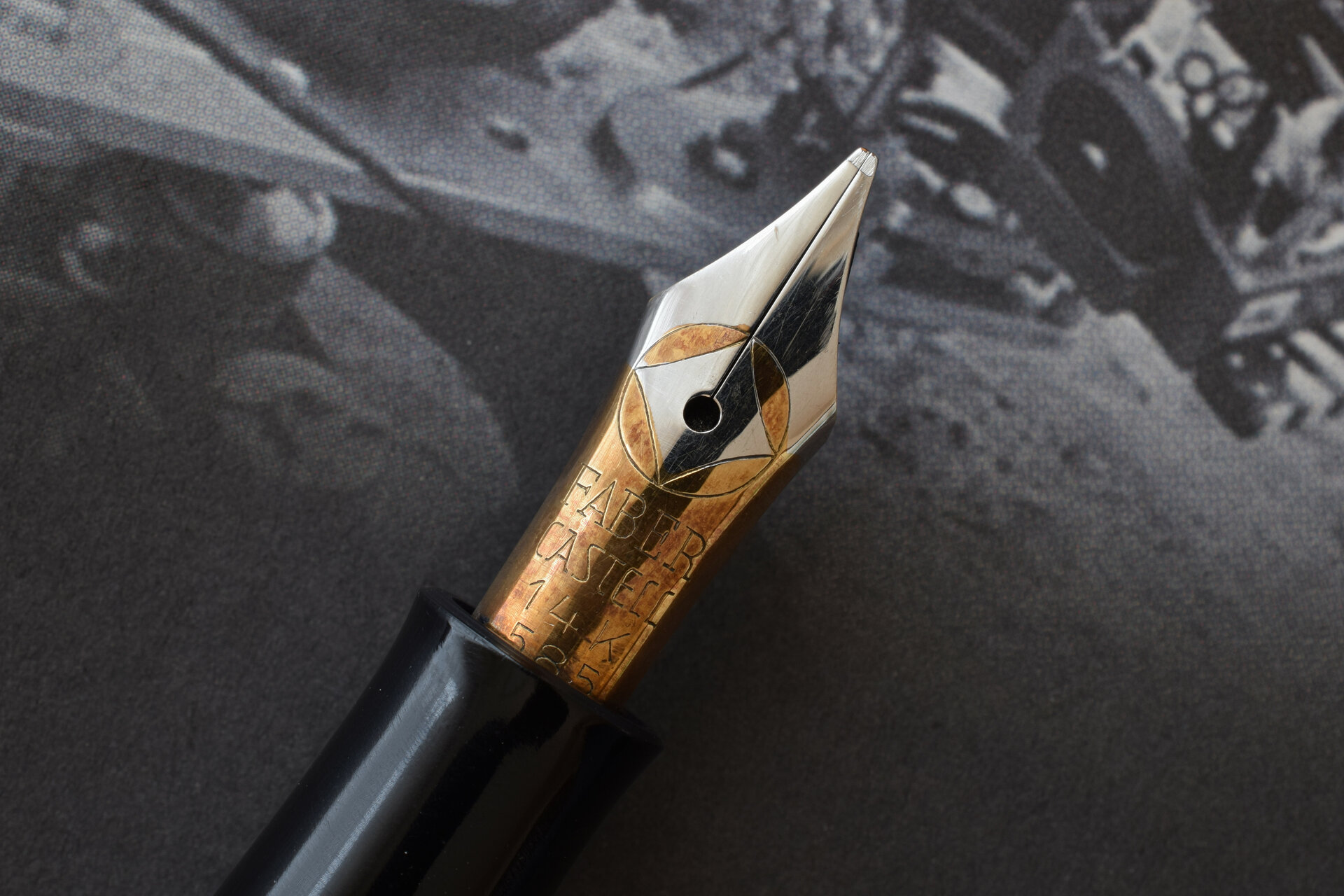 18Here once again in comparison the focused image with closed aperture and the result after Focus Stacking. The edge of the nib is better shown, even if the difference becomes not obvious immediately:

19However, we still have one problem: Because we took pictures with the aperture closed to extend the depth of field, we now have the background on the image (Fig. 13). But we don't want it in focus, at least not the print raster. With such a high resolution (24.2 MP), however, appropriate post-processing is usually no problem:

20To do this, we have to cut the nib exactly with the Paths Tool in GIMP and confirm the selection with [Enter]. Then we invert the selection, copy it and paste it as a new layer. We then apply an image-blurring filter to this layer (Filters ❯ Blur ❯ Gaussian Blur):

21Eventually, we can play around with the color temperature (Colors ❯ Color Temperature) of the background, as we like it best. The GIMP project is available for download here: 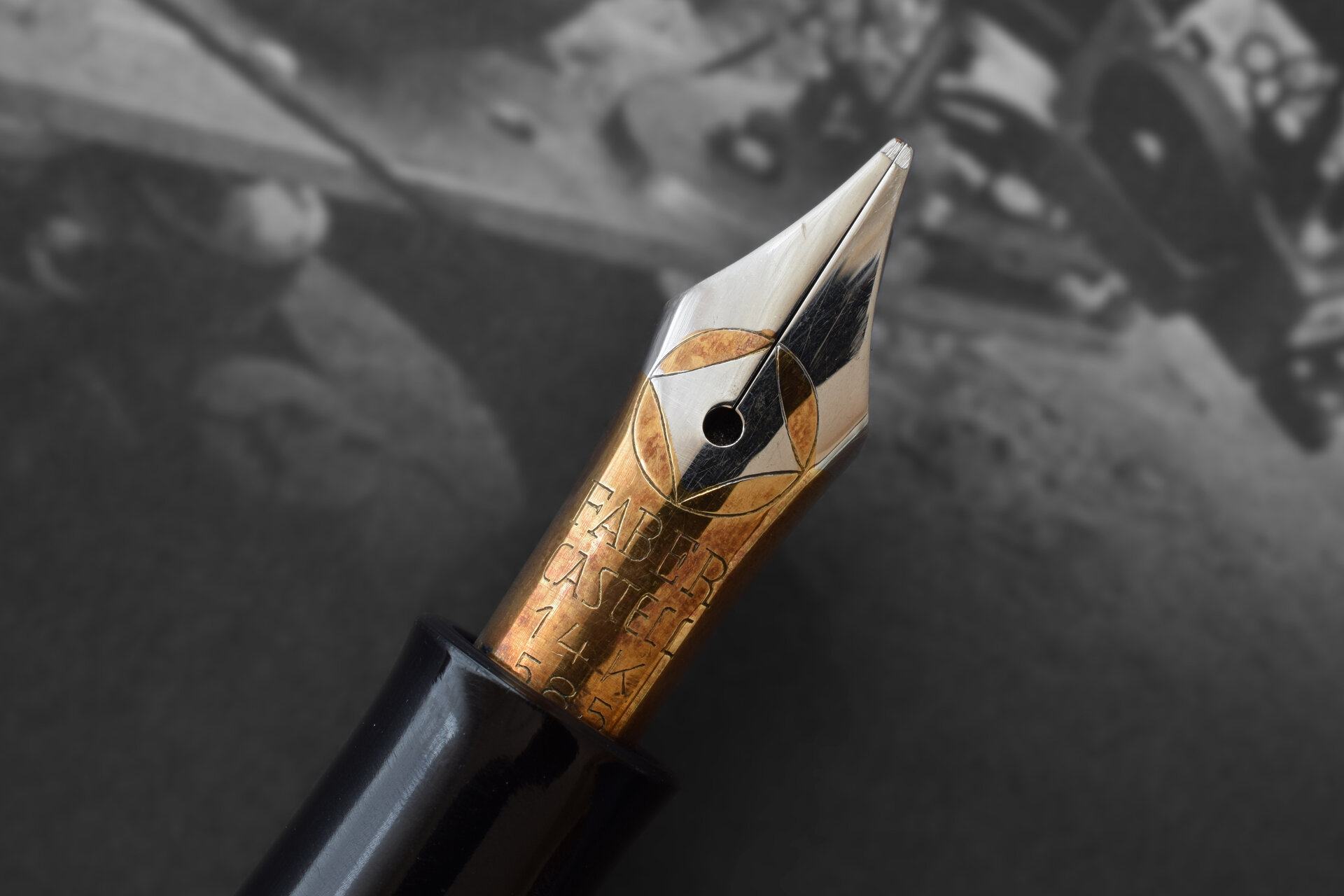 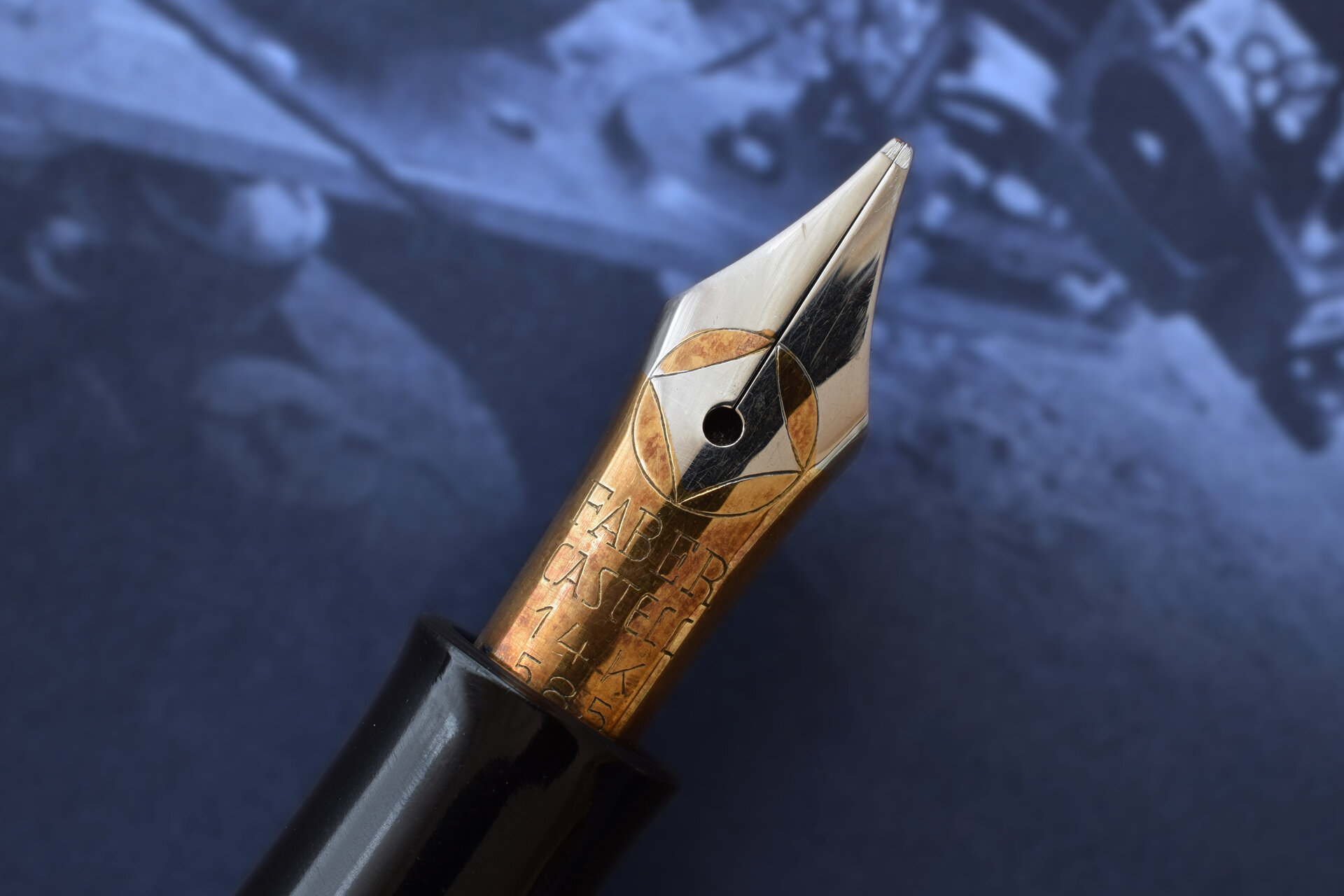 Both camera and lens are often available used for a good price; I myself bought both together for less than €500 used – only the polarizing filter was new.

Camera – Even though the Nikon D3300 (year of manufacture 2014) is strictly speaking an entry-level camera, this does not change the fact that it achieves excellent image quality (CMOS, DX format). Like the high-end models of that time, it does not have an optical low-pass filter, which is not a drawback but an advantage, because a low-pass filter reduces the quality across the board, only to prevent rather rarely occurring image errors such as moiré patterns.1 More expensive models, at least in DX format, actually do not improve the image quality, that is more a question of the lens. The differences are rather expressed in other features such as a usable autofocus – which is very poor on the D3300, but not necessary for still macro photography. However, a used D5500 (2015) or D5600 (2016) would still be a better choice today, especially since these models have a slightly larger screen that can be folded out or rotated.

Polarizing Filter – The polarization filter is used to suppress reflections – primarily on non-metallic sur­faces. This is polarized light, not reflections as they are produced by metallic surfaces2. If you use one, you should in my opinion use a very high quality one in order not to influence sharpness or color representation negatively. A disadvantage is that when using a polarizing filter, the exposure time has to be increased.

Artificial Light – I usually only take pictures under natural daylight. I use my (cheap) ring flash only to be able to see the subject better when focusing manually.

I only use freely available software: